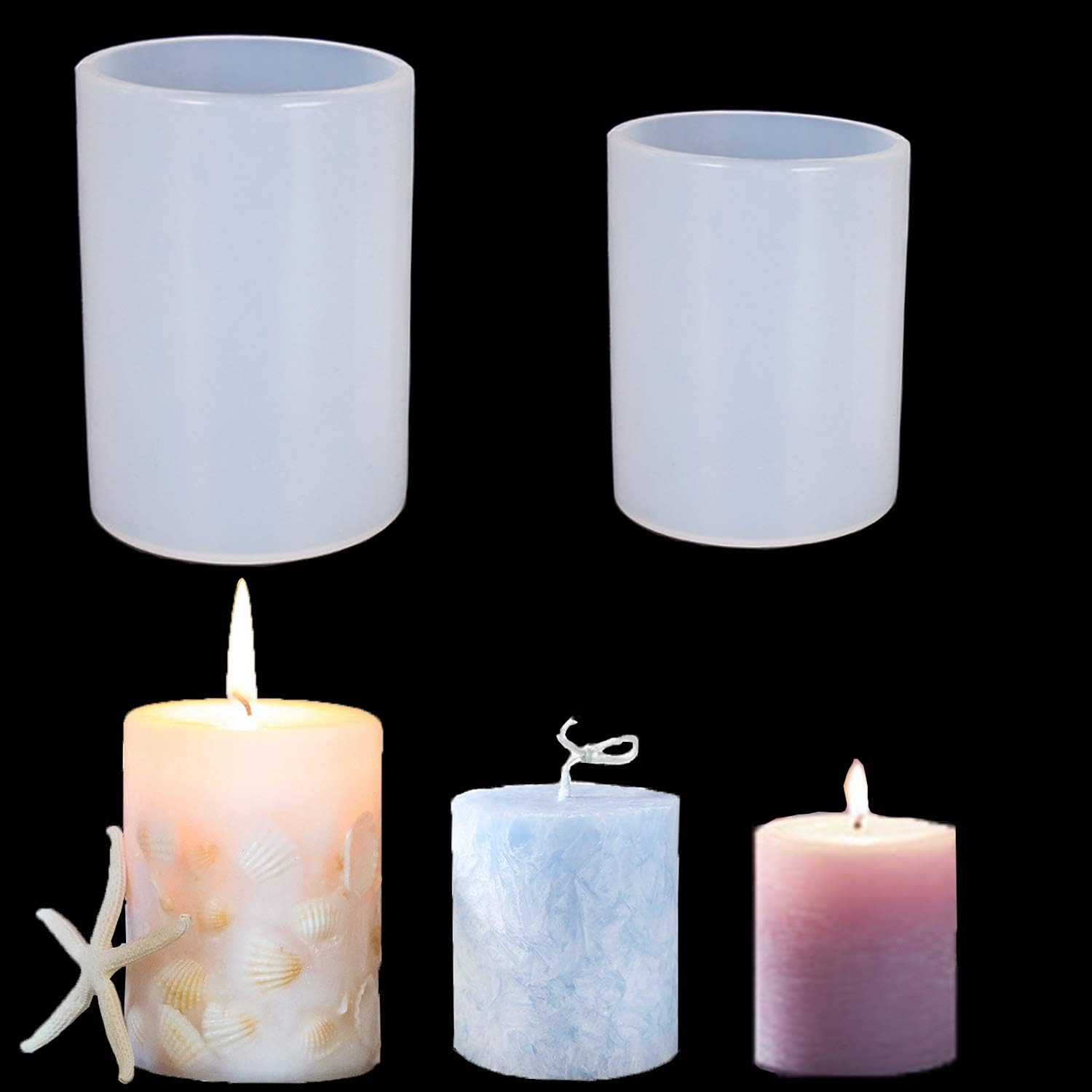 "li" Easy to De-mold: Smooth interior makes it easy to de-mold after itâs fully cured. Or you can use release spray or soap water which may help extend silicone mold's life

Reusable Molds
Made of high quality silicone, it is not easy to deform, and can be reused, please remember to clean it after every time use.

Cylinder Candle Molds
2 sizes candle molds, you can make aromatherapy candles, soaps, wax. Candles can be applied in many occasions, such as birthday parties, proposal events, dinner, or when you want to enjoy your quiet time, you can turn off your light and light up the candle, watching movies or meditation is a good choice for you.

Ways to Use, Clean, Store, Make, De-mold:
1. Please wash it with warm water and soap or rubbing alcohol, then use soft cloth or paper to wipe it clean. Do not use solvents.
2. Keep your molds away from direct sunlight and dust, before using, please ensure it clean and dry, ortherwise will affect crafts.
3. Use mold release spray, a baby wipe or a drop of soap mix with a bit of water as a releaseagent, work it down to the mold. Please make sure your resin piece is fully cured.
4. Pour resin into measurement cup, slowly stir to release bubbles. Adding glitter or pigment into it if you need. Then pour it into your mold and slowly stir. Allow to stand for 24 hours and take it out.